A resident surrounded by the stuff of a lifetime in a scene from 'Dreaming Walls: Inside the Chelsea Hotel.' (©CLINDOEILFILMS. PHOTO COURTESY OF MAGNOLIA PICTURES.)

‘Dreaming Walls: Inside the Chelsea Hotel’ is a Strange Movie about a Strange Place

The mystique of the Chelsea Hotel has achieved cult-like status over the decades, due to the parade of counterculture icons that have alighted there for famous nights, epic summer sojourns, and in some cases, incomprehensible decades. The list is long – Patti Smith and Robert Mapplethorpe, Janis Joplin and the song Leonard Cohen wrote about her, Andy Warhol and the movie he made about the place, Sid & Nancy whose room is still a destination for a certain kind of pilgrim, poet Dylan Thomas who wrote the lines “Do not go gentle into that good night / Old age should burn and rave at close of day / Rage, rage against the dying of the light,” which could all but be the motto of Dreaming Walls – a strange new film about a strange old place.

Filmmakers Amélie van Elmbt and Maya Duverdier were themselves particularly inspired by Smith and Mapplethorpe, and the ethos of the New York art world in the 1970s as described in Smith’s book, Just Kids. Like many, the Chelsea Hotel was on the must-see list when they arrived in New York City. And like many, when they finally arrived they were surprised, and a bit saddened, by what they found. “The Chelsea was closed to the public because of major renovations. The plaster was falling off the walls,” they recall. “What we discovered was so far away from the ideal image of this mythical building we had in our minds.” 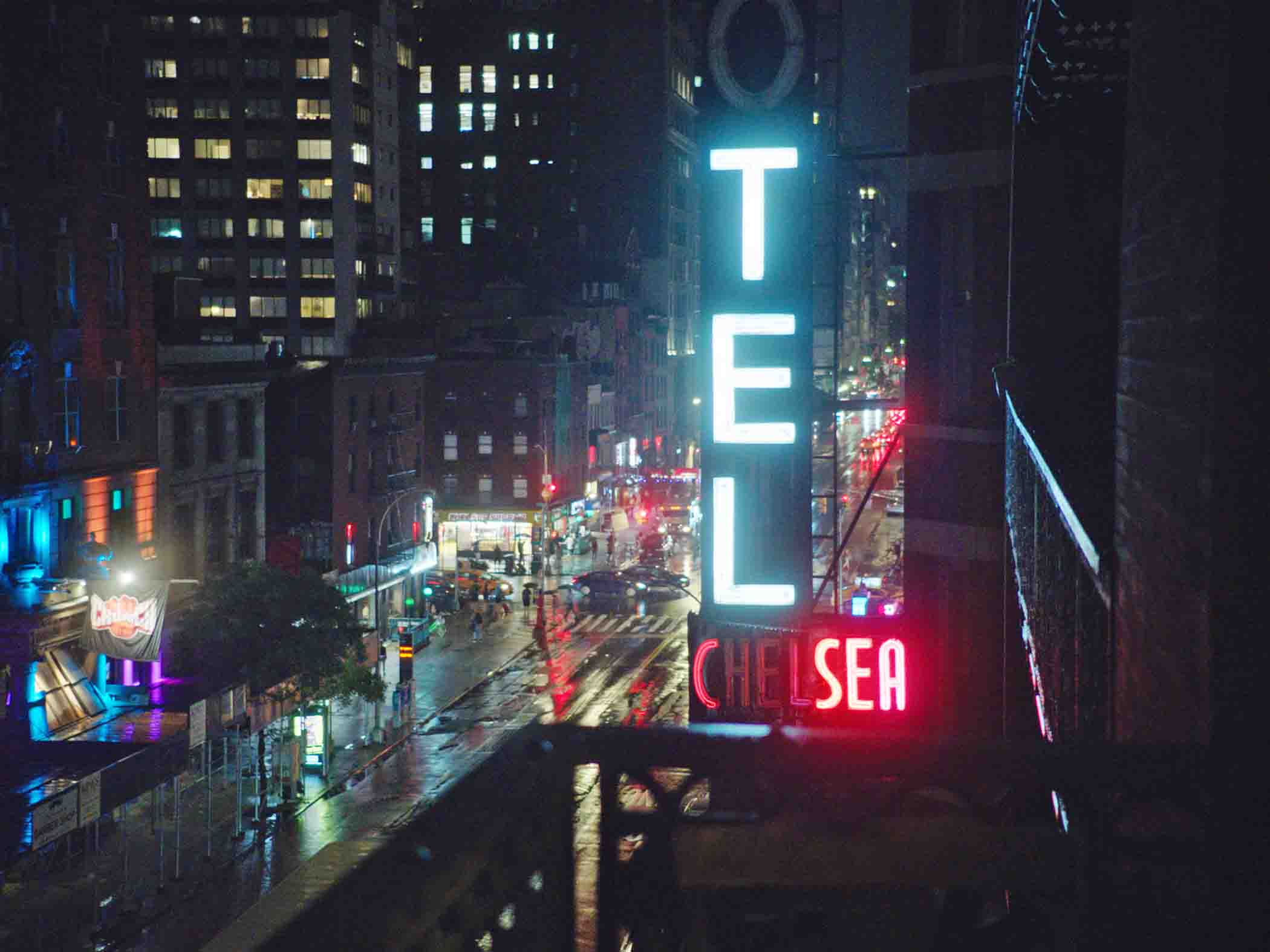 Sign of the times: a scene from ‘Dreaming Walls: Inside the Chelsea Hotel.’

The hotel has mostly reopened as of a couple of months ago, but not entirely. As chronicled in the film, the years-long renovations seeking to transform this fleabag masterpiece into a luxurious boutique hotel hit more than a few snags – mostly due to the stalwart and frequently elderly holdouts whose rent-controlled status gives them a contentious but permanent foothold among the proceedings. On their first trip, they met one such character, the inimitable Merle Lister, an avant-garde dancer whose storied background and enduring creative spark energize what might otherwise be a story about personal, architectural, and cultural decline.

Against a borderline haunted-house setting of empty hallways, plastic construction sheeting, drywall, ladders, constant noise, glaziers, and gossip, the film introduces about a dozen central characters who are attempting to live out their lives in their chosen temple. Artists, performers, writers, and folks who have outlived their own misspent but fascinating youths – some in their 40s some in their 80s and 90s—each get the chance to welcome us into their besieged, decrepit, story-laden lairs, to tell their own tales one last time for the record, and to share their thoughts on the direction the years-long renovations are taking.

It’s intriguing and funny and sad and a little bit heartbreaking – but it’s also an important film for anyone who cares about New York City history, as well as a thoughtful counterpoint to more sensational narratives about this immortal landmark. ❖